Guardian Nation Live is a monthly video broadcast from a top industry professional. In these video broadcasts all members can attend live, asking their own questions and getting the answers straight from the best shooters in the country. 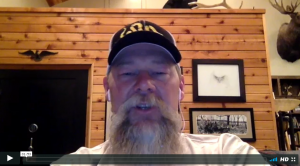 Here is what one member had to say about GN Live:

Watched my first Guardian Nation webcast tonight with Kyle Lamb and it was well worth the monthly fee alone! Great interview, advice on gear, and can’t wait to see who the January guest will be! -Rob Beckman Master NRA Training Councilor

In addition to the opportunity to attend live, members also have access to the library of recordings from past GN Live broadcasts. Get signed up today and be sure to watch every recording in the members library!